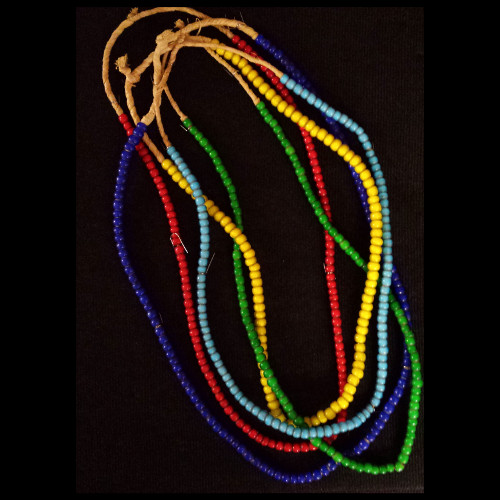 White Hearts are colorful glass beads that were created by winding liquid glass over a solid gold core.  Because of the expense, gold was substituted with a white filler making them more affordable.

Although they origiated in Venice, these beads were also made and traded by the French and Chinese. Popular with European explorers in North America, these beads were used for trade with American Indians for furs, food and safe passage. As well as for trade in African for spices, gold, and slaves.
Back to gallery
African Killer Beads